Introduction of antibiotics in poultry

During the last decade, herbs and phytogenic compounds have attracted a lot of attention for their potential role as alternatives to antibiotic growth promoters (AGPs) in monogastric animals. AGPs have been an integral part of the poultry feed industry for more than fifty years. However, AGPs alternatives have been searched since antibiotics prolonged use has precipitated the development of resistant strains within groups of primary pathogenic or opportunistic bacteria and the breakdown of the symbiosis between animals and desirable flora. The industrialization of poultry husbandry and the improvement of feed nutritional efficiency have accelerated the introduction of feed additives which became widely used in animal feed for many decades.

In 1950, a group of United States scientists found that adding antibiotics to animal feed increases the growth rate of livestock. The use of antibiotics in poultry feed as a growth promoter is beneficial in improvement of production parameters and diseases prevention. However this large utilization has led to the increasing resistance of pathogens to antibiotics and the accumulation of antibiotic residues in animal products and in the environment. This situation requires the world to restrict using AGPs in animal feed. This practice has been banned in Europe since 2006.

Antibiotic use in livestock

Major classes of antibiotics involved in poultry production include the following:

Boon and bane of antibiotics

Since the time of discovery, antibiotics have played vital roles in the prevention, control and treatment of infectious diseases for humans and animals. China produces and consumes the most antibiotics of all countries. Half of the antibiotics manufactured in China are used in the production of livestock. In 2012 India manufactured about a third of the total amount of antibiotics in the world. Most of the meat animals raised in United States have received drugs as a routine part of their daily growth, either through feed or water they drink. They are given not only for prevention and cure, but also to increase the weight on animals.

certain bacteria like Salmonella, Campylobacter jejuni and Campylobacter coli, and Escherichia coli, which may lead to the transfer of resistant bacteria and its resistant factors from animals to humans. Due to this concern, Sweden and European Union member nations banned all antibiotic growth promoters. Thus the ban of in-feed use of antibiotics has led to increase of infections in animals and thereby decrease in animal production. In-order to overcome this, a quality feed and potal water with proper hygiene should be provided to ensure the production of nutritious animal products with desired organoleptic properties.

Phytogenics, a better replacement for antibiotics 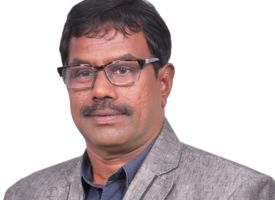 Shri.V.S. Ravindran’s vision is to focus on greener technology; replacing the restricted chemicals wherever possible with Eco-friendly enzymes through the Bio-process in the respective industries to create the pollution free environment. VSR, well known for his philanthropic services in the Rotary International District 3230, Chennai, Peace President, 2012-13 & presently Rotary District Foundation chairman in the Rotary Centenary year. Member of ABLE (Association of Biotechnology LED enterprises), FIEO (Federation of Indian Export Organization – Southern Region) & Indo - Italian chamber of Commerce, Industrial Partnership with Vellore Institute of Technology (VIT) for R & D activities and also associated with TNJFU. Exploring new oppurtunities to promote the natural product and looking out for the channel partners and investors from abroad to take part in our expansion activities.

View all posts of RAVINDRAN