When changes can become chances

The VIV Europe grand opening conference on day two was a great success in inspiration. Gordon Butland, director G&C Agri Consultant and chairman of the conference, introduced three speakers with valuable presentations about the future of our industry.

Aidan Connolly, Chief Innovation Officer & Vice President Corporate Accounts at Alltech, spoke about the big evolution in technologies in the past years and years to come. Due to all these technologies the feed landscape is changing with regards to safety, transparency, sustainability, government regulation and prosumers. He showed the audience how new technologies can and will be used in the feed landscape. The crop side is 10 years ahead of livestock farming, Aidan Connolly points out. Nine technologies have the power to transform Agriculture: robots, drones, sensors, 3D printing, blockchain, Augmented Reality, Virtual Reality, Artificial Intelligence and, in the centre of all this, the Internet of Things. But how do you choose what technologies to use? Aidan Connolly’s advice: Compare costs versus benefits, understand the ancillary costs and understand if the technology will be long lasting. He concludes that the nature of innovation has changed and that technology may come from smaller new-tech companies, not just the big ones. These smaller tech companies, however have to be guided with the knowledge of the Agriculture.

John Kirkpatrick, Agriculture manager for Poultry and Eggs at Tesco PLC, described the retailer’s actions to ‘drive improved performance in a competitive retail environment’. The challenges faced by UK-based food retailers at present include the effects of Brexit, disease risk, the transition to non-cage systems and pressures from welfare extremists. Tesco will remain focused on serving customers better every day and sees opportunities in quality, value, innovation and service. It works intensively with its suppliers on data analysis. Kirkpatrick emphasised the importance it attaches to maintaining the trust of its suppliers, as well as of consumers. His conclusion: the future is one of challenge and ultimately opportunity.

At the grand opening conference on Thursday 21st of June, Positive Action Publications announced the winners of the personality awards 2018. The International Hatchery Practice - VIV Europe Breeder Personality Award 2018 goes to HatchTech’s founder Tjitze Meta. He received this award for his pioneering work on breeding, chick transportation and brooding since he started his company 20 years ago. He helped  many PhD student with  industrial placement in his company and is never happier than the moment he can talk about  incubation with customers, students or the media.

The International Poultry Production - VIV Europe Poultry Personality Award 2018  goes to Theo Hoen. He received this award for his work as CEO of Stork and later Marel, leading the launch and further development of the Nuova System and the Revoproportioner. In 2013 he became CEO of Vencomatic where he formed foundations for the next generation of the family owning the company. He was also a strong initiator of the Big Challenge, a charity initiative for cancer research.

The International Pig Topics - VIV Europe Pig Personality Award 2018 goes to Alex Eggen. He received this award for his almost 30-year career at Intervet. Whether it was in the Dutch pig industry or up country in Thailand or China, he was always happy to share his knowledge with veterinarians and pig farmers. After his retirement he continued this willingness to share his wisdom... 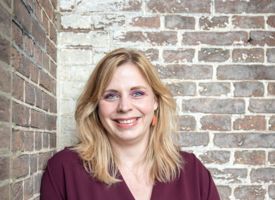