According to the new market research report "Industrial Alcohol Market by Type (Ethyl Alcohol, Methyl Alcohol, Isopropyl Alcohol, and Isobutyl Alcohol), Source (Sugarcane & Bagasse, Corn, Grains, Molasses, and Fuels), Application, and Region – Global Forecast To 2025", published by MarketsandMarkets™, the Industrial Alcohol Market is estimated to reach USD 93.3 billion in 2020 and is projected to account for USD 112. 0 billion by 2025, recording a CAGR of 3.7% during the forecast period. The global industrial alcohol market is projected to grow in the coming years attributed to the growing consumer awareness and increasing demand for alcoholic sanitizers and disinfectants. There is a rising demand for fuel grade ethyl alcohol which is used as a blend in transportation fuels.  The North American region dominates in grain and corn production used for ethyl alcohol manufacturing. Emerging countries in South America and the Asia Pacific are projected to offer lucrative opportunities for industrial alcohol manufacturers in the coming years.

The isobutyl alcohol segment is projected to record the fastest growth during the forecast period.

Based on type of industrial alcohol Isobutyl alcohol is a flammable liquid that should be stored and used in well-ventilated areas. It is moderately irritating on the skin and greatly irritating to the eyes, mucous membranes, and respiratory tract.  It is also secondary alcohol, which finds application mainly in the manufacture of chemical intermediates and solvents. As the demand for the chemical intermediate and solvents is rising, thus the demand for isobutyl is also increasing in the industrial alcohol market.

The fossil fuel segment in the industrial alcohol market is estimated to account for the largest share in 2019.

Based on source, the fossil fuel segment is estimated to account for the largest share in the industrial alcohol market in 2019. The need to reduce dependence on fossil oil as a direct source of fuel is the major driving force for the methanol market. Methanol is used for spreading gasoline supplies in many gasoline markets around the world. Industrial alcohols extracted from the petroleum or synthetic ethyl alcohol can be manufactured easily through the hydrolysis of ethylene, which is a major petrochemical. Alcohol is synthesized from petroleum by creating ethylene, and then hydrating to form ethanol.

Asia Pacific is projected to be the fastest-growing market during the forecast period. 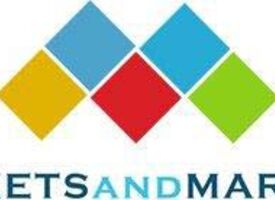