Where do we find ourselves in terms of Amino Acid implementation?‎

The first protein related paper was published more than 100 years ago in 1918 by Woll underlining the importance of alfalfa´s crude protein can in the milk production. First evidences supporting amino acid (AA) nutrition came into light by the research work of McCoy et al., in 1935 establishing the first considerations for AA requirements for animals However, it was not until 1970 when we found the first paper on feeding a rumen protected (RP) AA (Broderick et al., 1970). Since then, numerous studies indicate that Methionine (Met) and Lysine (Lys) are the two most limiting AA for lactating dairy cows (Schawb et al., 1976, Noftsger and St-Pierre, 2003; Socha et al., 2005; St-Pierre and Sylvester, 2005; Ordway et al., 2009; Appuhamy et al., 2011; Chen et al., 2011; Lee et al., 2012; Osorio et al., 2013; Giallongo et al., 2016; Zhou et al., 2016). Despite all this progress in AA nutritional research, in most situations the consideration is still only on crude protein (CP) in ruminant feed requirements. Fortunately, there is an increase in the number of studies related to the AA role in ruminants (Figure 1). From a nutritional research perspective and dairy industry there is a greater interest in reducing nitrogen (N) excretion and the possibility to reduce the CP in the ruminant diet with a more precise formulation. In the same way, the protein feeding guidelines have evolved to more complex nutrition models designed to predict the AA requirements (Schwab and Broderick, 2017).

We cannot cover limiting AA (Met and Lys) requirements without external supplementation. It is important to maximize the microbial protein produced and to use high quality rumen undegradable protein.  Both of them achieve a higher quality in metabolic protein that can reach the small intestine. However, Met and Lys are limiting AA in all different feeding diets in Europe (due to their low concentrations in most feed proteins relative to concentrations in rumen bacteria, milk, and tissue protein). Thus, if we want to work in precise nutrition in Europe, it is imperative to use RP-Met and RP-Lys in moderate CP ruminant diets. Benefits of Lys and Met balancing with RP-Met and RP-Lys on production and milk protein production are well understood. Recent research indicates benefits for the transition period (liver function, inflammation, oxidative stress, improved immuno-metabolic status (Osorio et al., 2013, 2014; Zhou et al., 2016)). Most recent studies focus on the role on gene expression (Peñagaricano et al., 2013), reproduction role (Acosta et al., 2016) and pathways in the liver of the newborn calves (Jacometo et al., 2016).

Recently, technologies have been developed to protect Met and Lys from microbial degradation, allowing the RP-AA to pass to the abomasum and small intestine where they are absorbed. Evaluating different methods to quantify ruminal AA escape and measuring ruminal outflows and their digestibility provides us a reliable characterization of the RP-AA matrix. The first attempts to develop RP-AA was in the decade of the 60s. However, producing products with both excellent protection from ruminal degradation and high intestinal release is not easy (Schwab and Broderick, 2017). Another critical point is the stability of those supplements in a feed matrix or within a total mixed ration (TMR). Increasing rumen-undegraded protein is one challenge of ruminant nutrition to both meet protein requirements of animals and improve nitrogen efficiency. Feed additives manufacturers developed processes to reduce the degradation rate of amino acids in RP-AA but struggle to balance low ruminal degradation and high intestinal digestibility (Whitelaw et al., 1961; Sherrod and Tillman, 1964; Krizsan et al., 2017).

An effective RP-AA must be stable during grain mix preparation, feed mixing, and in the ration. It must survive the passage through the mouth (mastication, salivation), releasing little amino acid in the rumen and passes quickly into the omasum. The release will be for most of the RP-AA in the abomasum or proximal small intestine. Therefore, with these limitations, reducing the mean retention time in the rumen by varying the size and density of particles is a promising way to increase the rumen-undegraded protein and improve the effectiveness (Dufreneix et al., 2019). Thus, the key features of a rumen protected amino acid are:

Even with the same technology protection, the difference in the core technology (Ref. 19-17576) creates an improvement of 16 % in the intestinal bioavailability. If we increase... 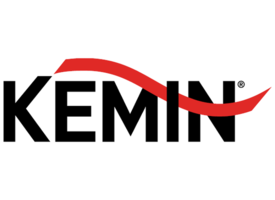