The Most Important Benefits of Early Feeding after Hatch

The hatcher and the hatch window
Around day 18 of incubation eggs are transferred from the setter to the hatcher, so that the chickens can hatch in the hatcher baskets. It is well known that chickens do not hatch at the same time. The time period in between the first and last hatched chicken is called the hatch window and can vary between 24 and 36 hours (Decuypere et al., 2001).

Every factor that increases the variation in embryo development before or during incubation also affects the length of the hatch window. Two factors that have a large influence on the hatch window in commercial incubation are the mix of egg batches that is made by the hatchery personnel (mix of storage durations or breeder flock ages etc.), and incubator design, incubator operation, and incubation profiles or in other words: how uniform the air temperature is inside the incubator.

Nowadays, incubators become larger to reduce the cost price per egg. When incubators increase in size, the chance that batches of eggs of different breeder flock ages or storage durations are mixed increases. In addition, the design of the incubator becomes more crucial to provide uniform incubation conditions to all eggs. Due to the mix of egg batches and non uniform incubation conditions the length of the hatch window in larger incubators can increase. An important question is: why should we concern about the hatch window? In practice this question can be answered in two ways.

1)        A hatchery has a planning for chick handling and transport. It is important to ensure that all chickens are hatched and dry when they are taken from the hatcher. A predictable and short hatch window makes it easier to take the chickens from the hatcher at the right time to have maximal hatchability.
2)        For the chickens, a large hatch window is detrimental because it can take up to 72 hours before chickens are placed at the farm and finally have access to feed and water. Research has shown that no access to feed and water between hatch and placement at the farm negatively affects subsequent performance (Halevy et al., 2000; Noy and Sklan, 1999).

To ensure that chickens are hatched in time to meet the hatchery planning, actions can be taken in the hatcher to shorten the hatch window. Used methods are:

Chick quality is negatively affected by these actions and the moment of first intake of feed and water is still postponed till the chickens are placed at the farm. Therefore, these actions are not beneficial for the chickens, but only for the hatchery personnel in the short term.

Reality is that there will always be a hatch window. A hatch window is part of nature. The best way to deal with a hatch window is to ensure that the rectal temperature of the hatched and dry chickens is between 40.0 and 40.6°C and to provide them with feed and water.

The benefit of feed and water in the hatcher

Since the early 90’s a lot of studies showed the benefits of early feeding and water on chick performance. In this paragraph a few studies are summarized to show the benefit of early feeding and water. During the last few days of incubation, the residual yolk is retracted into the body cavity as an extension of the intestine. Post hatch, the residual yolk is the only nutrient source of the chicken until exogenous feed is available. Chickens can use the residual yolk for maintenance during the first few days post hatch (Noy et al., 1996). However, research has shown that development and maturation of the gastrointestinal tract (Maiorka et al., 2003; Geyra et al., 2001), and important immune related organs (Dibner et al., 1998) is delayed in chickens that have to rely solely on their residual yolk and have no feed and water available between hatch and placement at the farm.

A study of Noy et al. (1996) showed that the residual yolk of chickens with access to feed during 96 hours after hatch reduced more rapid in size than in fasted birds. This can be caused by increased intestinal activity in fed chickens (Noy et al., 1996). A more rapid reduction in residual yolk size indicates that valuable nutrients are earlier used for important developmental steps.

Geyra et al. (2001) showed that fasting post hatch retarded body weight increase and intestinal growth. The effects of fasting were specific to both time of fasting and the intestinal segment examined (duodenum, jejunum or ileum). The jejunum appeared to be the most sensitive of the intestinal segments. Fasting between 0 and 48 hours post hatch decreased crypt size, the number of crypts per villus, crypt proliferation, villus area, and the rate of enterocyte (intestinal absorptive cells) migration in the duodenum and jejunum. Geyra et al. (2001) concluded that early access to feed is important for optimal early intestinal development.

Maiorka et al. (2003) also showed that the development of the gastrointestinal tract was directly linked to feed and water intake. They showed that relative weight and length of the jejunum and ileum increased when chickens were supplied with feed and water post hatch. In addition, intestinal mucosa development was affected by the availability of feed and water: the number of villi per area decreased because villi size increased. According to these findings Maiorka et al. (2003) hypothesized that the absence of physical stimuli caused by feed in the intestinal lumen and the specific need for certain nutrients, such as water, may be responsible for negative changes in the morphology of the intestinal mucosa.

Protein in the residual yolk is the source of antibodies from the hen (Larsson et al., 1993). To be effective, it is important that maternal antibodies move from the residual yolk into the bloodstream but also to sites of vulnerability such as the mucosal surfaces where bacteria and viruses can enter the body (Dibner et al., 1998). Dibner et al. (1998) evaluated the effect of early feeding on the development of the immune system in broiler chickens. They showed that providing nutrients immediately post hatch resulted in heavier bursa weight, earlier appearance of biliary... 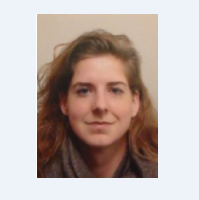