As storage time of eggs increases, performance losses increase. By using heat treatment during storage up to 14 days, as part of your standard hatchery practice, it is possible to gain up to 6 to 7% in turkey egg performance. Standard programs have been developed to advance the development of embryos to a more robust stage.

Heat treatment of stored eggs has been around for a long time and has many names: SPIDES (Short Periods of Incubation During Egg Storage) or PRESI (pre-storage incubation) or IDEAS for example. However, the results have previously been variable and the process had not been widely accepted by the industry. The Petersime Re-Store machine uses specially adapted technology to control the heat treatment program. It thereby uses the shell temperature of the eggs. Not only to control the air temperature of the machine, but also to control the timing of the steps in the program itself. The ‘special’ steps only change when the eggs tell the machine it is the correct time to change. Using this technology means that every egg gets the same treatment, producing a previously unobtainable consistency in results.

Eggs stored for longer than 7 days can see significant losses.

Performance losses increase as storage time increases. Eggs stored for 1 to 7 days are considered fresh eggs and have small losses due to storage time, whereas eggs stored for longer than 7 days can see significant losses. As a rough guide, it is possible to gain back up to 60% of the performance that would have been lost due to the effect of storage.

Because turkey production is more seasonal than chicken and flocks tend to be smaller, turkey eggs tend to be stored longer than chicken eggs and therefore have the potential to gain more from the use of Re-Store. The Re-Store process is used to advance the morphological development of avian embryos from the embryonic state at point of lay to a more robust developmental stage. By doing so, storage of eggs has the least detrimental effect on incubation performance.

The Re-Store process is used to advance the morphological development of avian embryos from the embryonic state at point of lay to a more robust developmental stage.

The morphological development stages of eggs are often referred to by a scale known as EG&K or H&H. This is from a paper written by Eyal-Giladi & Kochav (EG&K) in 1976, where they describe the difference in the embryonic development prior to point-of-lay, and from a second paper by Hamburger & Hamilton (H&H) who describe the stages after point-of-lay.

Turkey eggs are at stage 7 or 8 (EG&K scale) at point-of-lay. As long as the collection, storage on farm, transport to the hatchery and egg storage room conditions are correctly managed, they will still be at stage 7 or 8 EG&K when set in an incubator. There is nothing wrong with setting eggs at morphological stage 7 or 8 EG&K. As long as they are fresh eggs there will be no loss in performance. But the most robust development stage for storage of eggs is when they are stage 13 EG&K. This means that if the eggs are stored at stage 13 EG&K, then they will lose the least amount of hatching performance.

The most robust development stage for storage of eggs is when they are stage 13 EG&K.

To investigate if turkey eggs indeed benefit more from heat treatment during storage, a cooperation was agreed with Le Helloco in France in a joint trial that Re-Stored over 3 million B.U.T. Premium eggs. A series of staging investigations were undertaken to firstly confirm that the eggs used for testing were at stage 7/8 and that the historical scientific information was still correct. Second, standard automatic heat treatment programs were established to advance the development of embryos to the more robust stage and the results were measured at Le Helloco.

First, eggs were heated above 32°C (89.6°F: the temperature at which development is said to begin) to an egg shell temperature set point of 35°C (95°F) and held at that temperature. Samples were removed hourly. With the assistance of Dr James Wade, co-author of ‘New observations regarding staging turkey embryos from oviposition through primitive streak formation’ (Bakst & Wade, 2014), the samples were staged for morphological development stage and the numbers of those stages recorded. From these trials, the correct temperature and time required at that temperature to take the embryos to the correct development stage (13 EG&K) was discovered and an automatic program to do exactly that was established. A programme for bringing the embryos to stage 13EG&K after one heat treatment as well as after multiple heat treatments was established. By using a lower egg shell temperature set point, longer stored eggs can be Re-Stored more than once.

Turkey embryo developmental stages (EG&K scale) before and after one Re-Store treatment. After one heat treatment, the embryos are brought to a more robust stage of development during storage.

Turkey embryo developmental stages (EG&K scale) before and after multiple Re-Store treatments. By using a lower egg shell temperature set point, longer stored eggs can be treated a number of times to bring them to a more robust stage of development.

Once the standard automatic Re-Store programs were established, Le Helloco continued to use Re-Store and record the differences between treated and non-treated eggs over the 2015 – 2016 period.

The conclusion of the analysis of 3 million eggs was that the Re-store eggs outperformed the untreated eggs by 6 to 7%, were of better quality and experienced lower post-hatch mortality.

“When we first decided to start a trial of the Re-Store machine together with Petersime, we wanted to see if we could put the theory of SPIDES into practice in a real hatchery. We were lucky that we could collaborate with a team of experts from Petersime. Our expectations that pre-heating the eggs could help us to improve the quality of our turkey poults was soon confirmed,” says Mme Estelle Tanguy-Le Helloco, CEO of Le Helloco.

The results were separated into treated and non-treated, weeks of lay and the usual hatch of set and hatch of fertile. The conclusion of the analysis of 3 million eggs was that the Re-store eggs outperformed the untreated eggs by 6 to 7% despite the eggs having been stored for an average of 12 to 14 days. Mr Yann Denes, Hatchery Manager at Le Helloco, also reported that “the Re-Stored poults were also better quality than the untreated poults.” Furthermore, post-hatch mortality for Re-Stored turkeys was lower. “Now, the Re-Store machine we use daily is both an investment of Le Helloco to improve the quality of the poults we deliver to our customers as well as an investment to make our industry more efficient,” says Mme Estelle Tanguy-Le Helloco.

These results were later confirmed by research with turkey breeder eggs from the Hybrid breed realised in a large-scale trial by Hendrix Genetics Turkey France in the heart of its grandparent hatchery in Soucelles. During more than six months, Cédric Demay, Hatchery Manager, and his team continued with the trials to adapt the Re-Store treatment to the characteristics of the Hybrid eggs and to the time of... 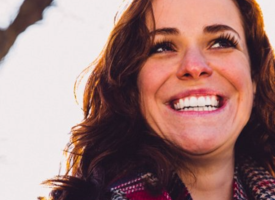