The global animal vaccine market is estimated to have surpassed 10 billion US dollars in 2015, and is looking up to break 20 billion US dollars by 2025. Vaccines for cattle, swine and chicken make up most of the pie. By 2016, swine vaccines have produced a market value of 1.78 billion US dollars. This indicates countless herd loss and economical damage by infectious diseases are prevented. But these nasty pathogens aren’t so easily dealt with, viruses of common swine diseases like foot-and-mouth disease (FMD), porcine reproductive and respiratory syndrome (PRRS, also known as the “blue ears” disease), porcine epidemic diarrhea (PED), classical swine fever (CSF), and swine flu are all evolving at a rapid rate, constantly reforming their RNA composition. Vaccines will also require continuous improvement to match the ever-evolving threat. Traditional vaccines are made through “deactivating” the pathogen to create “inactivated vaccines”, or simply “tuning down” the toxicity of the pathogen to create “live attenuated vaccines”. But these methods are less effective when dealing with RNA viruses, where the prevalent strain may have major differences with that of the inactivated vaccine, or perform recombination with the live attenuated vaccine strains, enhancing evolution rather than preventing the disease. Thanks to the rise of technology in molecular biology, new strategies for vaccine development are sprouting every day, revolutionizing the industry.

The Challenges of Blue Ears Disease

About 20 years ago, the foot-and-mouth disease was the most feared disease among swine farmers, causing hundreds of billion US dollars worth economic loss and the elimination of tens of million pigs. But starting from the mid 90’s, PRRS, commonly known as “blue ears”, made its mark among swine farmers. It is also currently the most damaging porcine disease in European and North American regions. Research simulations estimate that a serious infection in an industrialized farm (scale of >1,000 sows) can generate a devastating loss up to 650,000 Euros. Even in the constant threat of PRRS, prevention methods against the disease are still limited to inactivated & live attenuated vaccines, despite the lack of potency and the risks of creating a recombinant strain. Even vaccines created with wild strains can’t provide ideal protection. Faced with such restraints, the industry turned to develop recombinant vaccines that heavily rely on gene technology. Subunit vaccines that carry virus-specific proteins or other immune-stimulating proteins, DNA vaccines that present the antigen of the virus, or Carrier vaccines that enhance the host’s immune response. Yet in recent years, many projects revolving around DNA vaccines, botanical recombinant vaccines or irreproducible live virus had been proven to be either too expensive or simply lack potency.

In 2017, a veterinary pathology team from Seoul National University conducted a field test on a novel PRRS subunit vaccine. Results show piglets inoculated at 21-42 days age with the subunit vaccine, and boosted again with the PRRSV-1 (North American strain) or PRRSV-2 (European strain) vaccine at 63 days have better condition in body temperature, lungs, total virus count and immune responses than unvaccinated piglets. In 2018, a Korean field test indicated abortion rates decreased by 64% in pregnant sows that received this vaccine on the 58th & 79th day of pregnancy to those that did not, and the total amount of survived weaning piglets in each litter increased by 37%. To be noted, the vaccine discussed in these two Korean studies is the PRRSFREE subunit vaccine developed by the Taiwan biotech company, Reber Genetics. It became the globe’s first commercialized PRRS subunit vaccine when it hit the market in Taiwan, 2012. The PRRSFREE vaccine features the stimulation of pig’s own immune system to defend itself against the virus. By using a detoxified exotoxin of Pseudomonas as a carrier, important genetic information from the open reading frames (ORF) of viruses PRRSV-1 & PRRSV-2 are delivered into the pig’s body. ORF1b (essential enzymes for virus RNA synthesis), ORF5 & ORF6 (PRRS envelope proteins, these allow pigs to generate neutralizing antibodies), and ORF7 (proteins that can stimulate immunization) are combined into the little package and directly delivered to the dendritic cells, critical cells that can generate a stronger immune reaction to strengthen defenses and create a long lasting immune memory.

Field tests in Taiwan indicates inoculation at 5 & 8 weeks prior delivery can elevate successful delivery rate by 25% and increase total piglets by 1.5 per litter. Reber Genetics is currently focusing on using the technology of PRRSFREE to create subunit vaccines for other... 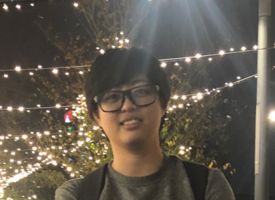