Şenpiliç, Turkey's largest chicken producer, has selected Meyn as preferred supplier of processing equipment for their new Greenfield processing plant in Osmaniye. The new operation represents an investment of 400 million Turkish lira ($75 million USD) and proudly showcases the first Rapid Plus M4.1 in the region.

Export is booming in Turkey, with the chicken meat sector expected to reach an export figure of $1.5 billion USD over the next 5 years. In response to such increased demand Şenpiliç has invested heavily in its new “Greenfield" processing plant at Kadirli, Osmaniye. The 400 million Turkish lira ($75 million USD) price tag represents the company’s largest investment ever, and historically is seen as Turkey’s largest-ever agricultural investment. Proximity to a maize-producing region for feed and its logistics advantages for both domestic and export markets, were influential in choosing the location.

As part of the new Kadirli Greenfield operation Şenpiliç has built a new feed mill with an annual production capacity of 579,500 tons, and a slaughterhouse capable of processing 270,000 birds per day. This investment will be followed with the construction of hatcheries and breeding farms which will become part of the integrated facility. Agreements with 840 existing farms and a total workforce of 3,500 people will create a vertically integrated ecosystem in an area of roughly 200 square kilometers. The new site is expected to become fully operational in January 2019. The plant features a processing line with a total capacity of 15,000 bph, including the first Rapid Plus M4.1 in the region. Meyn is proud to be partnering with Şenpiliç to bring our first 15,000 bph project to Turkey. Şenpiliç’s Plant Manager, Ali Balci predicts, “The integrated facility in Kadirli will make a very positive contribution to the area, and produce sustainable growth for Şenpiliç and for our producers and business partners. And we believe Meyn’s... 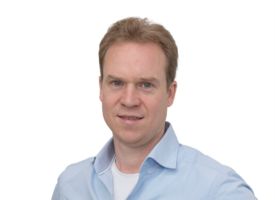