A Canadian research company has spent the last five years studying the impact of electromagnetic waves on animal health and performance. Studies reveal that electromagnetic frequencies can impact gut health by acting on several functions simultaneously.

What is the link between electromagnetic frequencies (EMF) and living organisms? Not many know that scientists from various disciplines strived for over 100 years to understand the effect of EMF on living systems. The famous electricity pioneer Nikola Tesla, following his invention of the Tesla coil, carried out several experiments demonstrating the harmlessness of alternate currents on the human body. Tesla further experimented on the therapeutic nature of the warming effect known today as diathermy. George Lakhovsky further documented the effect of electromagnetic fields on plants, animals and human cells. Additional significant research continued by Moore et al. (1979) and F.-A. Popp (1981) discovered that the growth of all microorganisms can be altered by magnetic fields and that the DNA and any biological system for that matter emitted photons (biophotons). Finally, in 2014 Luc Montagnier demonstrated that DNA of bacteria emitted electromagnetic fields when exposed to ambient electromagnetic background and that water, being a highly conductive substance, reacted to the signals emitted by living organisms. Because water is involved in all biochemical reactions and regulation systems, it seems to be possible to act on biological functions by acting on water properties.

Based on the above studies a company from Canada called Ceresco Nutrition found a way to apply the therapeutic effects of EMF to livestock production by modifying the water properties of the aqueous solution inside the gut. The researchers from the company developed a new technology product they call SILICA+, by sending a certain frequency to a finely micronized crystalline silicon dioxide powder and adding the activated supplement to feed. By applying a certain quantum of electromagnetic energy inside the gut, it is possible to increase electronegativity of water and thus accelerate the exchange of ions. In the last year, two peer-reviewed publications (Poultry Science Vol. 94 (8): 1902-1908 and Journal Animal Science (JAS) Vol. 94, E-Suppl. 5/J. Dairy Sci. Vol. 99, E-Suppl. 1) demonstrated that such a feed supplement is responsible for higher growth performance, better digestion of nutrients, higher minerals assimilation and also better litter/manure quality.

In short, by taking action on the scale of ions, it is possible to unlock a large array of possibilities for enhancing the digestive process. One such possibility is to improve the efficiency of feed additives currently used to control gut flora.

Today, common supplements that are used to decrease the proliferation of pathogen bacteria such as antibiotics, copper and zinc are causing resistance and/or environmental problems; hence they need to be reduced or eliminated. Gut acidifiers, which represent another alternative to control pathogen bacteria, also represent a risk for animal health and the environment. Additionally, the action of some organic acidifiers on pH is reduced by the buffer effect of zinc oxide, leading to a higher dosages of the former. For these and various other reasons, nutritionists have no choice but to reduce the use of these common supplements and find new ways to control gut flora.

A recent publication in the Journal of Animal Science revealed that the use of antibiotics, copper and zinc as growth promoters can be potentiated by a certain quantum of EMF imparted by the new silica-based feed supplement. In combination with antibiotics (0.5 kg/MT) and relatively... 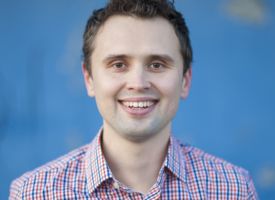