Recent spikes in consumer and retailer concern for the welfare of farmed animals (including chickens) have led to the development of animal welfare standards, changes in how animals are housed and managed, and new research opportunities to develop animal-based indicators of animal welfare. Concerns around overcrowding in broiler sheds, health problems such as lameness in broilers and keel bone fractures in laying hens, development of injuries / stress during catching, transport and slaughter and restriction on space or natural daylight are a few of the more prominent ones.

To mitigate these concerns, some governments have enforced legislative changes to the way poultry are housed and managed on-farm. This includes the transition from traditional housing systems for laying hens to a more complex enclosure that increases the bird’s interaction with its environment, whilst also ensuring competent movement.

There are several systems that have been implemented to improve chicken welfare, but in doing so, a new challenge has presented itself. This challenge being how to accurately measure and validate individual bird behaviour as a means for ensuring the welfare of chickens in response to customer concerns.

How important is behaviour?

What is the alternative to visual behaviour observations?

A more recent suggested alternative to visual behaviour observations is to instead rely on precision technology as a means of quantifying the behavioural changes of an animal. Due to the sensitive nature of precision technology, it increases the likelihood of identifying slight, subtle changes in behaviour – changes that may go unnoticed by the human eye. These changes can be in relation to play, exploration and grooming, to name a few.

This change to relying on precision technologies not only eliminates the possibility of error-prone disease identification, but it poses the possibility of also improving poultry farmers’ ability to identify a problem, treat it correctly and resolve any issues that hinder the welfare of their flock.

What precision technology is available?

With its rapid growth in popularity, precision technology is being implemented across the major livestock industries, from cattle to poultry. The assessment of ruminant welfare can be completed using the following wearable technologies: collars, ankle straps, ear-tags and implantable electronics.

However, when it comes to assessing the behaviour and welfare of poultry, the challenge is far greater for a multitude of reasons, including the relatively smaller size of the birds, the economic value of each bird, as well as the population to area ratio.

This piece of technology is placed on individual chickens and is a great source for providing extensive data (Figure 1). The tags are typically worn and exist in two forms: 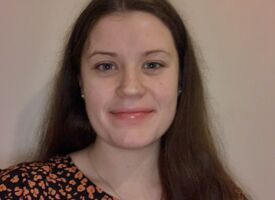