Watch our new VIDEO about Coccidiosis!

Written by Marketing Kepro Kepro
27-05-2019 11:57 - 6 min read 0 comments
Coccidiosis is a parasitic infection known for its damaging effects on gut health in poultry. It is one of the most economical important diseases affecting the poultry industry worldwide.

Economic losses are mainly caused by medication costs and decreased animal production due to higher feed conversion, growth depression and increased mortality. Worldwide, total costs from coccidiosis in the poultry industry are estimated to be $3 billion on an annual basis. The high costs in poultry production urge the need to effectively control and prevent coccidiosis.

More about the disease:
Coccidiosis is caused by a protozoan parasite of the genus Eimeria. Seven species of Eimeria are described to cause the disease in chickens. Each species of the parasite has a preference for a specific site in the gastrointestinal tract. In image 1, the site of infection is displayed for the five most important species.

Coccidian parasites invade intestinal cells to replicate, thereby causing damage to the gut wall integrity. Severe cases of the infection lead to intestinal lesions, diarrhoea and death, while subclinical infection compromises animal performance. Older birds are usually less susceptible than younger birds because of earlier exposure to infection. However, there is no cross-immunity between different Eimeria species, so it is possible that one flock experiences several outbreaks of coccidiosis.
Transmission
Infected chickens may shed oocysts in the faeces for several days or weeks. Depending on the right temperature and humidity, the oocysts sporulate and become infective. These oocysts can be spread by wild birds, rodents, insects, dust and contaminated equipment and boots. Subsequently, susceptible chickens become infected by ingestion of oocysts from contaminated litter. A problem is that the oocysts may survive for long periods in the environment, because they are extremely resistant to outside influences and disinfectants. Thus, once a poultry house is infected it is hard to remove the infection from the house.

1. Take some live chickens to the vet for post-mortem. Taking dead chickens makes no sense, especially not with gut problems, because the gut structure changes within half an hour after the chicken dies. Another option is to bring some feacal samples to the vet to do a feaces investigation with the flotation method. Read more about the flotation method and performing faeces investigation in our Formulary (from page 33) which can be found in the Kepro Academy.
2. If it is confirmed that it is coccidiosis (in broilers usually at more than 18 days old, never in chicks less than a week old), take management measures like described above.
3. Start treatment, using chemical drugs, use Kepcox 2,5% Oral, Amprolium 50% Oralor CoxB3 wsp as stated in the rotation program (read more about rotating below).
4. Administrate the use of drugs in a medicine logbook.

Hygienic measures
Taking hygienic measures against the spread of coccidiosis mainly consists of removing wet litter and ensuring a suitable stocking density in the house.

Broilers
Prevention in broilers is mostly based on adding ionophores to the feed. Anticoccidial products for in-feed use may be divided into two classes: ionophores and chemical products. (Below the subheader ‘treatment of coccidiosis’ more information on chemical products will be given.) Ionophores disrupt the osmotic balance within the coccidian causing them to die. Examples of ionophores are salinomycin, monensin, lasalocid and narasin. Ionophores should be used in a rotation program because it may induce resistance. See image 2 for an example of a rotation program.

Rotation program
In the rotation program below, a combination of ionophores, chemical medicines and vaccines is displayed. It is important to switch the use of the different products in the months that are stated in image 2. 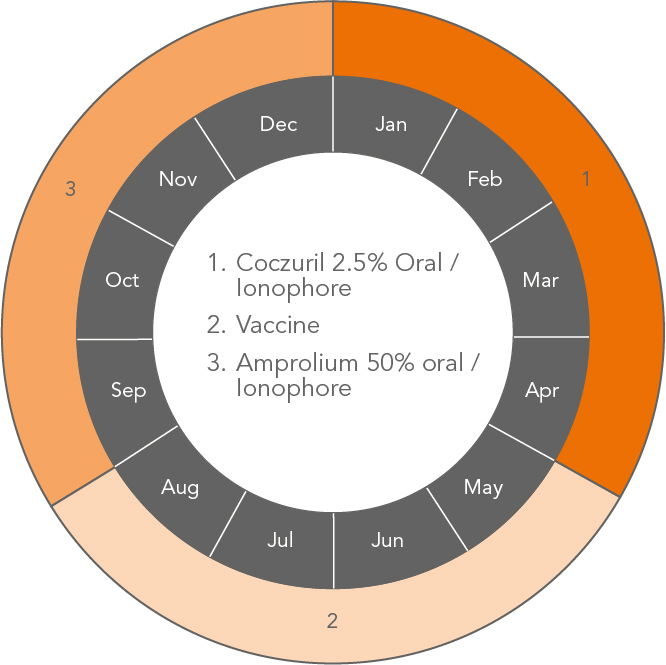 Image 2 - Example of a rotation program for the prevention of coccidiosis
When you do not want to use ionophores or chemical products, prevention by using Keprogan is a good alternative. 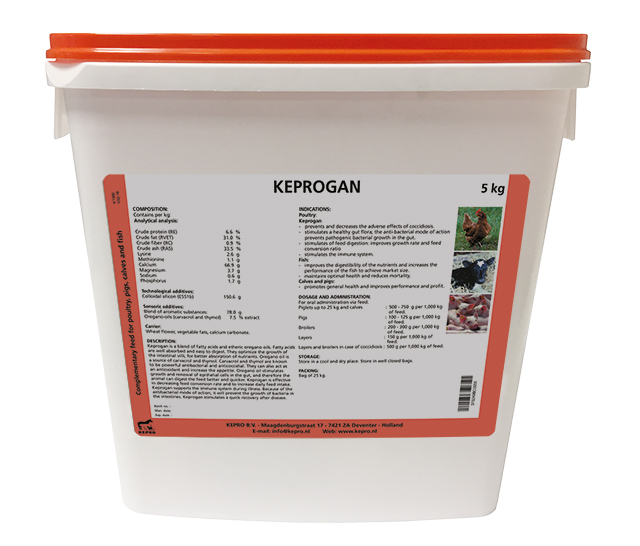 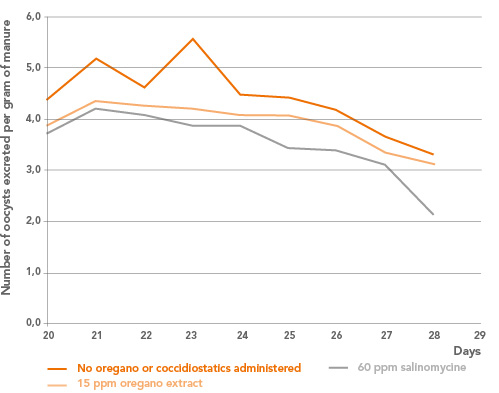 Image 3 - The use of Keprogan decreases oocyst excretion (test executed in broilers, source: Tsinas et al., 2011)
Treatment of coccidiosis
Prevention of coccidiosis is very important. When an outbreak does occur, due to difficult circumstances or a high infection pressure, it is also important to treat birds. Coccidiosis can be treated with anticoccidial drugs in the drinking water.

Rotation program
An example of a rotation program is shown in image 4. This program is only suitable for treatment of coccidiosis. Be sure to firstly diagnose if coccidiosis is the case (like described under the subheader ‘clinical signs and diagnosis’) and to always take...