Technology for a healthier animal feed

In these past years, the concept of food safety has become increasingly more evident in the food production, mainly when it is related with the export of products of animal origin, which is a huge challenge to the industries to ensure food safety.

The demand for healthier and more natural ingredients in food gains strength in Brazil and the world, with investment in technology and industry adhesion. The technology in the manufacture of the products is fundamental and integrates techniques for standardization of production, storage, distribution, conservation of the nutritional potential of the raw material, which in addition to improving productivity allows reaching an increasingly better quality level. Thus, establishing a link between good quality, nutritional value, and food safety is a task that has demanded a lot of research on the part of the industries to ensure public health. Brazil is one the major world producers of meats, exporting to diverse countries, and it is also one of its major consumers, which shows the efficacy of the sanitary standards that act from the field up to the final product.

There is a global concern about the quality of ingredients and additives used in the animal feed considering that the end consumer is becoming aware of the relationship between "nutrition and health."

According to the World Health Organization (WHO), about 600 million, or almost 1 in every 10 people in the world, get sick after consuming contaminated foods. Of these, 420 thousand people die, including 125 thousand children of less than 5 years of age.

Salmonella remains one of the primary causes of food intoxications in the world, and salmonellosis is considered a relevant public health problem. Outbreaks are associated with the consumption of contaminated meats or eggs. Therefore, offering safe products as Salmonella-free foods to end consumers is one of the greater objectives that involve the food production technology.

There is a large list of probiotics, organic acids, plant extracts, prebiotics, etc. which will act directly on Salmonella or, indirectly, modulating the microbiota and the immune system response, improving intestinal integrity, etc. The yeast cell wall (Saccharomyces cerevisiae) is one of the solutions that can help in the Salmonella control that helps in the reduction of contamination and prevention of the problem. The yeast cell walls, besides being a 100% natural ingredient, are used in animal nutrition due to their prebiotic and immunostimulant action, helping in the reduction of antibiotics.

The yeast culture can be originated from the ethanol, brewer’s or baker’s/primary fermentation process. For many years the strains were highlighted as the major important factor in processing. Today we know that more important than the yeast strain is the fermentation environment that will indeed provide fundamental differences in the final product’s composition. Based on this concept, ImmunoWall® stands out by being produced in a challenging environment. During the sugar cane fermentation process to ethanol obtaining, the yeast culture pass through numerous fermentation cycles, making the yeast cell wall much denser, resulting in higher carbohydrates rate and lower fat content in its composition, making it less digestible in the intestinal tract. The process technology of yeast cell wall involves aggressive conditions during ethanol fermentation leads the yeast to protect itself and, therefore, to strengthen its cell wall. Considering that β-Glucans are like the yeast cell wall "skeleton", it is important to note the ratio between β-Glucans and MOS to measure its effectiveness. The higher β-Glucans concentration, the lower is cell wall degradation in the gastrointestinal tract, that is, the better its efficiency as "functional fiber." Yeast cell wall has a BG: MOS ratio close to 2: 1, while the primary yeast cell walls have a 1: 1 BG: MOS ratio.

In the study published by Hofacre et al. (2017), for the first time in an in vivo experiment, the efficacy of yeast-derived product proved a reduction of colonization and presence of Salmonella enteritis (SE) in the ovary and cecum of commercial hens. In table 1, observe that commercial hens contaminated by SE at high dosage and supplemented with ImmunoWall® (0.5 kg/ton) had a reduction of intestinal and ovarian colonization by SE when compared with the control group (at 7 and 14 days after the challenge).

Table 1. Summary of results of the study of Hofacre et al. (2017) on the reduction of contamination of Salmonella enteritidis1 in commercial hens fed with ImmunoWall®2

The study conducted by Korver et al. (2015, University of Alberta, Canada - unpublished data), tested in vitro (with the content of cecum of healthy roosters) the capacity of ImmunoWall® (0.5 kg/ton) to inhibit SE after 24 and 48 hours from inoculation. The results show that ImmunoWall® was capable of inhibiting 99.99% of the SE after 48 hours when compared to the control group.

The reduction of colonization in the cecum is a critical factor in food safety because it will decrease fecal contamination on the surface of the eggs. After an egg... 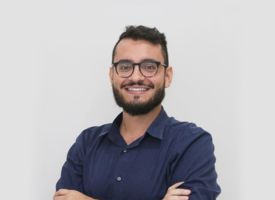