The rise of novel growth promoters will outpace antibiotic growth
promoters by a factor of 2 to 1 through 2030. From a performance
perspective, several feed additives available today can effectively
serve modern livestock production and generate profits.

In many countries sub-therapeutic usage of antibiotics (AGPs) is still widespread. According to the Trade and Agriculture Directorate Committee for Agriculture, the livestock sector’s consumption of antimicrobials is projected to rise by 67% between 2010 and 2030, reaching 105,600 tons annually. Meanwhile, the sales of novel growth promoters should rise by at least 120 percent over the same period according to our own calculations, albeit from a different base.

At least 32 countries have imposed a nationwide ban on antibiotic growth promoters and 35 have a veterinary prescription requirement. In some areas, efforts such as the European Union’s 2006 ban on the use of antibiotics as growth promoters in animal feed, has led to a decline in sales.

Furthermore, scientific research suggests that the farm level benefits have peaked. A meta-analysis of more than 1,000 swine trials between 1950 and 1985 did show average daily gain (ADG) and feed conversion ratio (FCR) improvements of 16.4 percent and 6.9 percent, respectively, in rearing pigs.

A new study by Teillant and Laxminarayan (2015) corroborates these findings, but reveals that since 2000, in-feed antibiotics elicit only minor responses in pig performance indicators through different production stages. The authors suggest several possible explanations. First, AGPs may have a reduced impact when animal nutrition, hygiene, genetics and health status of the animals are optimal. Second, resistance to antibiotics may play a role in diminishing the effectiveness of AGPs. This coincides with an increase in recommended dosage levels of sub-therapeutic antibiotics over the past decades.

Since feed costs account for a significant part of total production costs, feeding strategy is a crucial point. Organic acids, phytogenics, probiotics and prebiotics have all been identified as potential in-feed antibiotic replacements.

Novel growth promoters’ (NGPs) mode of action differs considerably from antibiotics. While phytogenic feed additives (PFAs or botanicals) tend to improve digestion and an animal’s anti-inflammatory and anti-oxidative status, organic acid-based products have a clearer antimicrobial effect that supports feed and water hygiene and the control of Gram-negative bacteria. For example, probiotics, or direct-fed microbials (DFM), serve to reinforce a healthy gut microbiota. All of these categories of feed additives are expected to grow more quickly than in-feed antibiotics in the coming years.

Significant effort has been paid to identifying which additives will replace AGPs. In general, a replacement should perform roughly equally as well under practical conditions in order to gain acceptance.

Looking across nine swine trials performed in various countries worldwide and testing both AGPs and NGPs (phytogenics or organic acid-based products) at a variety of production stages, each NGP group performed better... 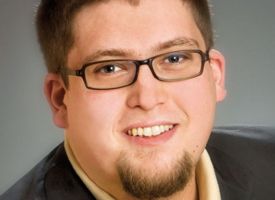