The egg production is a process of great complexity and that is intensely related to the reproductive organs physiology of the hen. Reproduction in birds and mammals is very different one another when we look at their regulatory neuroendocrine mechanism.

Generally, birds or hens are anatomically characterized by the absence or atrophy of both right ovary and right oviduct, and for having a very elongated left oviduct.

Unlike mammals, hens do not form corpus luteum. That means there is no alternation or variation between follicular and luteal phase.

Therefore, hens go through a reproductive process which consists of ovulation, oviposition and incubation; while mammals have ovulation, gestation, birth and lactation.

In embryo, during the 7th day of incubation, the mesonephros starts to develop into the primitive gonads. Concretely, in female embryos, left gonad develops but the right gonad will experience a process of atrophy due to lack of gonadal epithelium.

Nevertheless, sometimes the right gonad can persist. Since the 11th day of incubation, the right oviduct also begins to degenerate.

In the hatch day, the left ovary is small but it already presents follicles which grow slowly until the 16th day, right when the ovary reaches 50 grams.

During the previous three weeks before hatching, which correspond to the sexual maturity stage, hen reproductive system undergoes a significant morphological and functional development. Ovary growth depends on LH and FSH action, which induce the synthesis of the steroid hormones.

Although ovary growth is slow, it will approximately reach 70 centimetres of length when the hen approaches its sexual maturity. In this stage, cloaca and oviduct join.

Ovary and Oviduct in adult hens

Left ovary is placed in the abdominal left cavity and it is fastened by the broad ligament. The ovary is characterized for having a clustered form due to the presence of numerous follicles.It contains more than 4000 microscopic ovules and only a limited number will develop and form the yolk.

The ovary has great innervation, and the blood irrigation comes from the anterior branch of renal artery. The venous return of the ovary is carried out by the ovarian veins, which end up in the superior vena cava. The oviduct has a pale pink tubular structure that goes from the ovary up to the cloaca, and it is fastened by two ligaments (dorsal and ventral).

Sometimes, the right oviduct develops completely, so both oviducts are functional. The oviduct is divided in different segments, each one with a specific functionality, which will settle the different components that will form the egg.

First segment of the oviduct with a reversed funnel form which has thin walls. Place where the yolk or vitellus is collected after the ovulation. ·

Long segment (40 cm) and with big folds. Magnum has secreting cells and glands which produce albumen (40% of albumen secretion).

It has great diameter and its muscular walls are very thick. It also presents a large amount of folds, which go in several directions. Here glands which produce calcium settling.

It joins the uterus and the cloaca. It has an internal wall with longitudinal folds and does not present secreting glands. In this place of the oviduct the outer cuticle will be formed, preventing the entrance of microorganisms.

Relationship between hormones and the ovary

Hen reproduction has been genetically modified to reach its reproductive maturity earlier and continuously lay a big amount of eggs; to achieve this goal ovulation must be constant.

The coordinated activity of the hypothalamic-pituitary-gonadal axis regulates the production of endocrine hormones, ovarian hormones and growth factors to initiate and maintain the growth of ovarian follicles and to produce ovulation.

LHRH is produced in the hypothalamus and regulates the synthesis of LH inside the hypophysis, therefore it influences the ovulation.

In hens, light stimuli is captured by the optic nerve and the pineal gland, and these act upon the hypothalamic nuclei that will secrete the releasing factors (LHRH). The hypothalamus will communicate to the anterior lobe of pituitary gland thanks to a one-way vascular system (hypophyseal portal system).

Different hormones are secreted inside the hypophysis:

FSH, responsible of the follicular growth and the production of estrogens

It produces the differentiation of granulosa cells present in the follicles which are not in the quick growth stage. FSH also participates in the destruction of follicles that will never ovulate (follicular atresia).

LH is also responsible of the ovary development and ovulation

The increase of LH in plasma causes the maturation of the nucleus of the most maturated oocyte which was stopped at germinal vesicle phase. This LH peak also stimulates the progesterone and testosterone synthesis besides the production of prostaglandins that will help to the break the follicle by the stigma tissue weakening, indispensible step to do the ovulation.

In the smallest follicles, granular cells have FSH receptors, but when this follicle is selected these cells become LH-dependent instead of FSH-dependent. So, in the biggest follicles there are only LH receptors.

LTH or prolactin is responsible of broodiness (incubation without laying), maternal behavior and the shedding

It also participates in the metabolism of water, and it is FSH and LH antagonist, therefore, its predominance during long time could inhibit the laying. 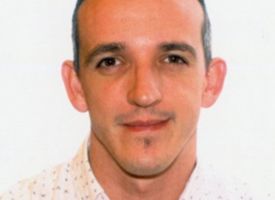