How To Choose Best Fish Feed Pellets For Goldfish

In order to make the goldfish grow better and live longer, what kind of fish feed pellet do you need to use for fish farming?

The good feed has a natural fish and shrimp flavor, while poor quality feed adds a lot of flour, smells of greasy spices, and has a salty feeling, a bit like adding MSG or chicken essence. As for the kind of feed that smells of a sour or rancid smell, it is the worst.

The good feed can keep the prototype in water for a long time, and will not dissolve after being scattered. Poor quality feed will soon become muddy when it is launched, and even the water will become the color of the feed, which is too bad!

Of course, some people say that this “long time” is a day, but I personally do not agree. Because if the feed does not dissolve for a day, wouldn’t it be similar in the stomach of a goldfish? It’s much more difficult to digest? So, feed that hasn’t dissolved for a long time may cause enteritis. I personally think that the feed can be kept in the water for 2-4 hours without interference. In fact, the feed should be eaten with goldfish in 3-15 minutes.

Good feed is launched, the water is still clear, just like no feed. The poor quality of the feed itself is insufficient, so in order to lure the goldfish to eat, it uses oil to fragrant. The surface of that kind of feed looks oily. When you touch the water, the water surface is a layer of the oil film.

Does Not Swell In Water

After a good feed is launched, after a while, the volume is almost the same as when it is dry. For poor quality feed, it swells with water. Everyone knows that goldfish are actually full, but there are still some goldfish that have been strangled to death. In fact, they have eaten inferior feed. It is no problem just to eat it, but the feed quickly absorbs water and swells in the belly of the goldfish, and finally kills the fish. Even if it does not die, it may also cause indigestion or even enteritis.

Although the good feed keeps its shape not muddy for a long time after being launched, its practical fingertips become muddy with a light touch, which shows that it is easy to decompose and digest like porridge, suitable for the delicate and fragile intestines and stomachs of goldfish. Oh, the goldfish has no stomach, but because of this, the intestines of the goldfish are more likely to malfunction, so care must be taken.

In addition to the “wild vegetable” feed specifically for goldfish, the goldfish feed as a staple food must have enough protein so that the fish can grow a beautiful domineering gas type, and if you want to create a thick and atmospheric head tumor for the goldfish, then the protein content Even more than 40%, even close to 50%.

In addition, I personally think that it is meaningless for a goldfish that does not require hair to be too high. Instead, it will increase the gastrointestinal burden, not exceeding 40%. There are also goldfishes that are more than two years old and have grown up. There is no need to use high protein for growth, just normal feed.

Good feed requires high protein content and low-fat content, which means low oiliness. And low oiliness will be more hydrophilic, hydrophilic is easy to combine with water, such feed is easy to digest and absorb. Some sinking feed of average quality is thrown... 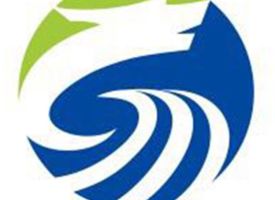 Zhengzhou Fusmar Machinery Co.,Ltd is a professional fish & animal feed pellet machinery and wood pellet machinery manufacturer. We have our own engineer and sales team to provide best machines and services to our customers worldwide.

View all posts of Amy