Swine producers around the world including Vietnam are working to reduce the reliance on antibiotics.  CLOSTAT™ containing a specific strain of B. subtilis PB6, was used in a 2 stage farm trial in Vietnam where the objective was to replace colistin. In stage 1, pigs were weaned at 4 weeks and moved to pens with feed containing the farm’s normal antibiotic regime to 11 weeks, ie. colistin, amoxicillin, tiamulin and florphenicol – this was the control group. The treatment group was this same feed but with colistin removed and replaced by CLOSTAT™ from 4 - 11 weeks of age. In stage 2 of the trial, the normal farm antibiotic control regime from stage 1 with florphenicol continued in feed through to 24 weeks of age was compared with 2 groups of pigs that received feed containing CLOSTAT™ from 5 days of age through to 26 weeks, but remained in sow farrowing crates from weaning at 4 weeks to 7 weeks of age (these 2 groups of pigs also received tylosin to 15 weeks of age). Pigs receiving CLOSTAT™ instead of colistin in stage 1 were significantly heavier at 11 weeks by 1.6kg with a 5.8% faster growth rate from weaning. When the normal antibiotic control group from stage 1 was compared with the CLOSTAT™ groups in stage 2, the growth rate of the CLOSTAT™ groups was 17 and 20% and faster and with significantly less diarrhoea to 11 weeks of age as well as no loss in growth rate to finishing weight. The results are discussed in relation to the use of CLOSTAT™ along with altered weaning management practice.

Introduction - ways to reduce antibiotic use and reliance

Swine producers around the world, including in Vietnam, are assessing ways to reduce antibiotic use and reliance. Bacterial resistance is a global problem with the regular use of antibiotics (Chalmers et al, 2008).  The risk of inadvertent antibiotic residues in meat also remains a concern.

Efficacy of CLOSTAT™ in replacing colistin

The farm trial described here was conducted with pigs in 2016 in the Binh Duong Province of Vietnam to assess the efficacy of CLOSTAT™ in replacing colistin from weaning (4 weeks) to 11 weeks of age, and also to assess the response from CLOSTAT™ in feed from 5 days of age to finishing weight at 26 weeks.

All diets were based on corn, wheat, rice bran and soybean meal. This farm trial was conducted in 2 stages.  The antibiotic and CLOSTAT™ HC Dry regimes for stage 1 and stage 2 are shown in Table 1.

The control feed contained 180ppm of colistin, 300ppm of amoxicillin, and 150ppm of tiamulin from 5 days of age through to weaning at 4 weeks and then up to 9 weeks of age. From 9 to 11 weeks of age, this control feed contained 180ppm colistin and 40ppm florphenicol. The treatment feed was the same as the control feed, except it did not contain colistin at any stage, but did contain 500ppm of CLOSTAT™ HC Dry from weaning at 4 weeks to 11 weeks. Body weight, daily weight gain, feed conversion ratio and mortalities were recorded through to 11 weeks of age.

Stage 2: The control group from stage 1 was used as the control treatment in stage 2 and continued to receive 40ppm of florphenicol from 11 weeks through to 24 weeks of age. The period from weaning to finish was 149 days. Two other groups of pigs (98 and 97 pigs) were weaned at 4 weeks, but remained in the sow farrowing crates until 7 weeks of age, and were then transferred to nursery pens where liveweight and sex were balanced across pens. These 2 groups received 500 ppm of CLOSTAT™ HC Dry and 110ppm of tylosin per tonne of feed from 5 days of age to 15 weeks and then 500ppm of CLOSTAT™ HC Dry without any antibiotics through to finish. The period from weaning to finish in these groups was 155 days. Body weight, daily weight gain and feed conversion ratio were recorded throughout the trial period. The incidence of diarrhoea (daily observations for soft, watery faeces) was recorded during the period from weaning to 11 weeks.

The results from the first stage of the trial for the control (i.e. antibiotic regime) and the treatment group (i.e. colistin replaced by CLOSTAT™) for the period from weaning to 11 weeks are shown in Table 2. 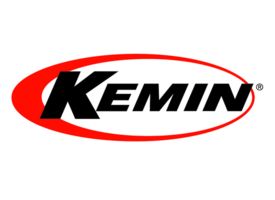