What can be called the construction wast

The classification of construction wast

Harm of the construction waste

Construction waste dumps pollute the surface water in many ways. The garbage is scattered in the ponds and ditches during transporting process. Leachate in the dumping ground flows into the surface water, and infiltrates into the aquifer.

Besides, the river and lake pits polluted by garbage infiltrated into the recharge aquifer,which causes deep pollution. Landfill leachate not only contains plenty of organic pollutants, but also has much metal and non-metallic pollutants, so the water quality is complex. It will be greatly harmful to human they drink such contaminated water.

With the constant development of city, more and more construction wast is stacked freely, which not only occupies land, but also pollutes environment or affects the air quality.

Under the action of temperature and moisture, some organic substances are decomposed and generate harmful gases because of stacking of construction waste. The waste gypsum contains a large amount of sulfate ions, which will be converted into hydrogen sulfide with rotten egg flavor under anaerobic conditions.

Waste paperboard and wood can dissolve lignin and tannic acid under anaerobic conditions and decompose to form volatile organic acids.This harmful gas will pollute the atmosphere when it is discharged into the air. Bacteria and dust in the garbage drift with the wind, and this will pollute the air; A small amount of combustible construction waste will produce toxic carcinogens in the process of incineration, causing secondary pollution to the air.

With the increasing of urban construction waste, the number of garbage dumps is also increasing, and its area is gradually expanding. Most of suburban garbage dumps are open-air.

After sunning and raining, the harmful substances in the garbage (including the polycyclic aromatic hydrocarbon structured materials released from paint, paint and asphalt in urban construction waste) penetrate into the soil through the landfill leachate, resulting in a series of physical, chemical and biological reactions. The harmful wast may be absorbed by plant roots or microorganisms, and this will pollutes the soil and reduce its quality.

In addition, under various external forces, smaller pieces of gravel will also enter the soil, change its composition,destroy its structure, and reduce its productivity. Furthermore, the content of heavy metals in urban construction waste is high, and chemical reactions will be occurred under the action of many factors, which results in high content of heavy metals in the soil.

Generally contaminated soils do not have the natural self-purification capacity, and it is difficult to reduce their pollution levels by diluting and diffusion, which must be addressed by a costly method of soil modification. 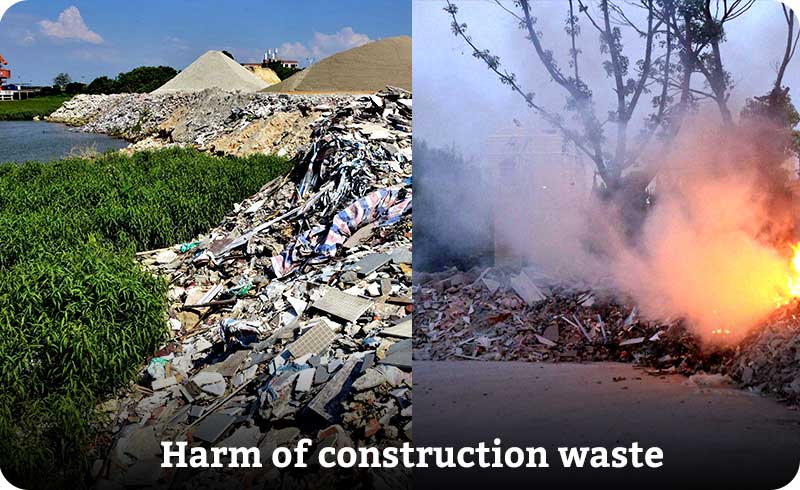 Germany is the first country to recycle the construction wast. During the reconstruction of World War II, the recycling of construction waste not only reduced the cost of cleaning, but also greatly alleviated the contradiction between supply and demand of building materials.

Until the end of 1955, the construction wast reproduced about 11.5 million steres of waste brick aggregate, and using them to build 175 thousand of houses. 450... 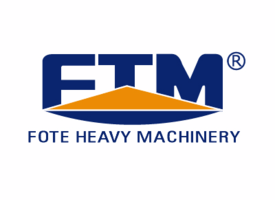