Originally published in Poultry World by Fabian Brockotter, May 10, 2019

“In running a hatchery with a capacity of two-million eggs a week, it’s the small improvements that make all the difference.”

Photo: The brand new Betagro hatchery came into operation in July 2018 and was built as a greenfield project.

The Chaibadan facility is the latest addition to Betagro’s hatchery inventory and came into production in July 2018. The hatchery is situated in Lopbuli province, about 4 hours’ drive north of Bangkok and in the middle of one of Thailand’s major poultry producing areas. It really is an area buzzing with poultry farming, but the Chaibadan facility was commissioned as a brand-new greenfield hatchery on an empty plot in a corner of a tourist resort. With plenty of space and distance from existing poultry operations, this made the basics of biosecurity easy to ­implement. “In a good hatchery, biosecurity is the basis of all,” acknowledges the facility manager, Mr Chongkol.

The facility operates with a two-zone biosecurity plan. The outer zone, the fenced off perimeter of the facility, is only accessible after showering and decontamination. All 137 staff members of the hatchery only enter this zone, which also incorporates a housing unit and canteen, once every 24 days – after which they are allowed six days to spend with their family. Contact with non-commercial poultry in backyard farms is kept to a minimum. The inner zone is the hatchery building itself, also only accessible after showering. On top of that, personnel are assigned to a certain zone within the building and not allowed to leave their designated zone, thus preventing cross contamination. Mr Chongkol explains: “Crossing zones is only allowed if there is an actual reason for it and not without decontaminating boots and hands.”

In building a brand-new hatchery instead of expanding one of the three existing facilities, Betagro was able to set the next step in efficiency. The new hatchery has taken full advantage of Pas Reform’s position as a single-source, fully integrated supplier of incubation, climate control and hatchery automation. The fifty-four SmartSetPro™ setters with a maximum setting capacity of more than six million hen eggs incorporate modular design. The setters are complemented by 54 SmartHatchPro™ hatchers. Hatchery operations are fully supported by Pas Reform’s SmartCenterPro™ hatchery information system at every level, providing end-to-end, real-time monitoring, control and reporting, to enhance workflow efficiencies and quality control and deliver complete traceability for every hatch. Mr Chongkol explained Betagro’s reason for investing in Pas Reform technologies. “Our company invested in an extension of one of our existing hatcheries with SmartPro™ in 2014. That was our first step in moving from multi-stage to single-stage incubation. When we saw the improvements in efficiency, the new hatchery was planned accordingly.”

The new hatchery is the first of the Betagro facilities to pay special attention to egg handling. It chose the fully integrated Prinzen Ovoset Pro machine for setting the eggs point down and the Prinzen trolley loader to lighten the workload... 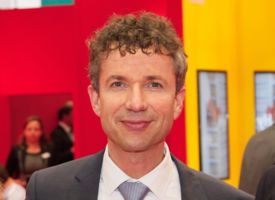