We arrived at the site of Hatchery Verhaeghe and were cordially greeted by Hans Verhaeghe, third generation business owner and poultry enthusiast. It was at the age of 26 that he took over the leadership of the hatchery from his father, Gaby Verhaeghe.

“As a kid I didn’t think of doing this. Like other children, I also wanted to be a firefighter or a football player, but later, it became obvious that I am meant to be here”, he says, “I am born and raised with the hatchery.” His grandfather, Leon Verhaeghe, founded the hatchery in the 1930s with only 2 incubators at the very beginning.

Today, Verhaeghe-Het Anker is an integrated poultry farm, still located on the same site in Geluwe, West-Flanders, Belgium. For more than 80 years now, this family business has been focusing on raising layer hens for consumer purposes as a main activity. Although hatching day-old chicks for layer houses is their secondary activity, this business has grown significantly, which led to a strategic partnership with the Dutch hatchery ‘Het Anker’ in 2009.

Thanks to that partnership, Verhaeghe needed extra production capacity and thus an expansion or in this case, a new facility next to the place where the old one once stood. This gave him the opportunity to start from scratch with no limits or restrictions from the lay-out of the existing floorplan. The old hatchery could generate only 1/3 of the capacity of the new one. Often, they had to outsource large orders to other hatcheries.

With the new, bigger capacity, they can meet the steep export demands. Despite the expansion, Verhaeghe-Het Anker is still a relatively small hatchery. “At the moment, we employ 15 people on a fixed-term basis. Although we have 2 people in-house mastering the feather sexing skills, we sometimes hire six extra people for this job. That depends on the demand.”

Clever design based on years of experience

After thoroughly disinfecting and putting on clean clothes and shoes, we started our guided tour through the shiny new hatchery. It immediately struck us as odd that there was only one central gateway for the delivery of eggs and the departure of chicks. Next to this, the storage space was also very limited. Not a usual hatchery lay-out.

This is where Verhaeghe’s own experience, planning and a clever cost saving design pays off. “Because we joined forces with Het Anker, we need less storage space. They are responsible for the planning. We only have to focus on the operational aspect.”, Verhaeghe explains, “Also, Het Anker benefits from extra production capacity at our site and is able to spread their risks over different countries.”

Based on his own experiences and expectations, he created the plans for this new hatchery himself, in collaboration with people from Het Anker. As for the equipment, software, climate control and guidance along the project, he opted for Petersime. “Partnering with Petersime for this project was an obvious choice”, Hans Verhaeghe tells us.

“Petersime of course, has a strong reputation, but we knew the products also firsthand. Our previous hatchery was equipped with Petersime incubators too, so we are aware of the solid quality of the products and the excellent service of the company.”

He chose to build a compact building with a setter room of 12 top-notch BioStreamer ™ 12S, equipped with Operational Excellence Technology™, 8 hatchers Biostreamer™ 4H and Embryo-Response Incubation™ . “For me, it was a dream coming true, being able to contrive and realize a new hatchery here.”.

As the hatchery produces 4 million-day-old chicks per year, Verhaeghe opted for semi-automation. “The human hand is still necessary”, he states,... 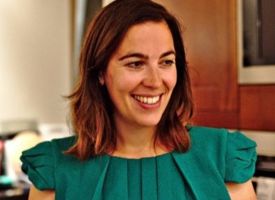